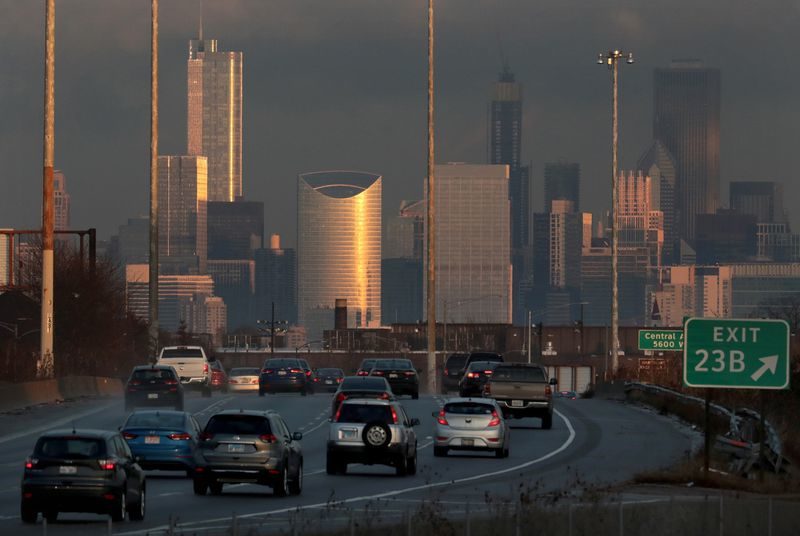 Illinois’ population decreased in 2019 by an estimated 51,250 people, or 0.4%, marking the sixth consecutive year the state has lost residents, according to new data from the U.S. Census Bureau.

Since the turn of the decade, Illinois has lost more residents than any other state, with a drop of about 159,700 people, or 1.2% of its population. Only three other states have shrunk since 2010: Connecticut, Vermont and West Virginia — with West Virginia losing the largest share of its residents, a 3.3% decline.

Population losses in Illinois have been compounding since 2014, when the state began a steady, though not precipitous, decline. Illinois is the sixth-most-populous state in the nation, after California, Texas, Florida, New York and Pennsylvania, which passed Illinois in 2017. Ohio is seventh, followed by Georgia and North Carolina.

As Illinois’ population has eroded, potentially weakening its political and economic power, the trend has become a frequent topic of political discussion.

Contacted for comment about the new census numbers, the administration of Democratic Gov. J.B. Pritzker released a statement ticking off various measures intended to help keep and attract Illinois residents.

“Illinois’ unemployment rate is at a historic low and we are continuing to create jobs in every region of the state,” the statement said. “Illinois is back and the Pritzker administration is proving that when you build relationships, work together and focus on solutions you can create positive change.”

Bryce Hill, a policy analyst at the conservative Illinois Policy Institute, said he hoped the heightened attention to the state’s population decline will motivate more Illinoisans to stay and push for change.

“It’s not too late,” Hill said. “Illinois is not doomed, but we need some serious policy decisions and reform.”

In examining population trends in Illinois over the past year, the Tribune found that a decrease in the number of people moving to Illinois from other states and countries has exacerbated the impact of declining birthrates and increasing numbers of people moving out of the state.

The data released Monday shows that the state’s well-known problems with domestic migration losses (losing residents to other states) were slightly mitigated by positive net international migration. Arrivals to Illinois from other countries outnumbered international departures, causing Illinois to gain about 1.5 people per 1,000 residents. But domestically, more people left Illinois for another state than the reverse, causing a loss of about 8.3 people per 1,000. That rate was the fourth worst for any state in 2019, behind New York, Hawaii and Alaska.

When the domestic and international migration rates are combined, the flow of people into and out of Illinois caused a net migration loss of about 6.8 people per 1,000 residents in the past year.

The new numbers offer only net migration estimates and do not allow comparisons between how many people left Illinois and how many moved in. But in September, the Tribunereported that Illinois ranked worse nationally on attracting new residents from other countries and states than on losing residents to other states.

Census data on the number of people moving in and out of Illinois relies on a survey and is produced separately from the census division that releases population estimates. The most recent available survey data, for 2018, shows that Illinois continued to rank poorly on in-migration; it ranked 46th among the states in terms of attracting new residents from other states and countries.

The same data shows that Illinois actually improved last year on the rate of domestic out-migration, or people moving out of Illinois to another state. In 2017, Illinois ranked as the 21st worst state, with a rate of 26.8 people leaving Illinois per 1,000 residents. By 2018 the rate had fallen to 24.2, and the state’s ranking improved, to the 32nd worst.

The census data released Monday offers some hints of how the changes in Illinois’ population may affect the state’s political representation, though the final determination will be based on the full census count in 2020. Eighteen people now represent Illinois in the U.S. House of Representatives.

“We’ve known for a while that the projections are that we would lose one district possibly or more, but we won’t know that until we have the actual number for the census,” a spokesman for the Illinois State Board of Elections said. One possible result, he added, is the loss of a congressional district in the southern part of the state.

The decennial census count also affects the distribution of public funds. Anita Banerji, the director for Forefront’s Democracy Initiative, a nonprofit that is receiving funding from Chicago Mayor Lori Lightfoot’s administration to conduct 2020 census outreach, said she hopes the new population loss numbers will magnify the importance of an accurate census count.